3 CEOs Who Could Use A PR Refresher

Maintaining a positive public image online can be a daunting task for the average person. For someone running a massive company (e.g. a CEO), it can be a necessity, blessing and a curse all wrapped in one.

On one hand, a charismatic CEO can bolster a company’s image through active social media accounts and media appearances. On the other, a bold CEO may easily say or do something that doesn’t fly with their customers. And with the speed at which information travels today, a small gaffe can quickly cost millions.

Here’s a look at three CEOs who have recently made headlines for the wrong reason(s): 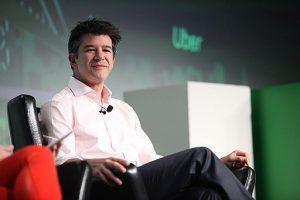 Allegations of sexual misconduct. Rumors of a “God’s View” privacy breach. Lawsuits concerning theft of competitors’ trade secrets. This one is a doozy.

Despite Uber’s extensive list of scandals the thing most people most remember about the former CEO is a viral video of him berating an Uber driver. During the altercation he perhaps showed his true colors. He said, “some people don’t take responsibility for their own s***. They blame everything in their life on somebody else.”

Kalanick quickly followed up with a public apology but by then the damage had been done. Despite his “recognition” that he needed leadership assistance, people had seen his true character. Within the year he left his position at the company.

Uber has done incredible things with Kalanick at the wheel and he seemed to take that as evidence of his invincibility. Unfortunately, no one is invincible in the eyes of the public. People love to see others succeed. But people also love humility and every CEO would do well to remember that. 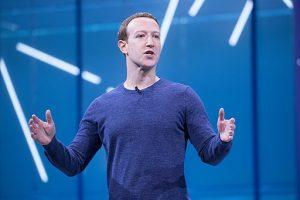 In general, people liked Facebook and they liked Mark Zuckerberg. That changed a bit when the Cambridge Analytica scandal broke.

Overnight Facebook became this massive database with billions of data points on people. And Zuckerberg became perceived as the robot flipping the switches. In hearings with Congress, at times he looked cold, awkward and evasive.

Zuckerberg’s composure was interesting because it seemed like he was trying to do too good of a job. It was as if someone wrote exactly how he should sit, exactly where he should look and exactly when to smile. In following all of that advice, Zuckerberg came off a bit inhuman.

After learning that a robot had collected nearly all of their private information, the public was understandably done with robots. They needed a person who could both say sorry and make them feel better. Zuckerberg was only successful with the former. 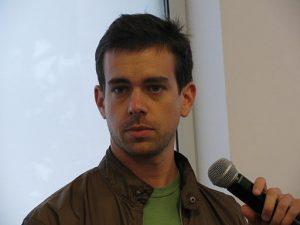 When various social media platforms began banning Alex Jones, a conspiracy talk show host, and his show, Infowars, Dorsey opted for a “timeout” approach. Tweets poured in questioning the decision. The public largely felt that a suspension was not a proper counter measure to Jones’s conduct.

To make matters worse, this closely followed outrage at the verification of accounts held by white supremacists. Dorsey justified the process by reminding the public that verification merely verifies the identity of the individual tweeting. He overlooked the fact that people often recognize that tiny blue check mark as a symbol of credibility and trust.

There is a silver lining to Dorsey’s controversies. He is constantly conversing with Twitter users. He listens to their concerns, does his best to answer their questions and (after he’s pushed as far as he can go) tends to their grievances. It’s not perfect, but it’s a step in the right direction.

Ultimately CEOs need to be careful. With the way information spreads today they are always in the spotlight. Their actions and beliefs are going to keep getting airtime whether they like it or not. And, contrary to the popular adage, not all publicity is good publicity.

The Firm Public Relations & Marketing can help you with traditional PR efforts or high-level media training. Contact us at 702-739-9933 or newbusiness@thefirmpr.com.

At Loving Hearts Adoption Services, we are a small close-knit team. In everything that we do, we work to ensure every matter is handled with the delicate care it deserves. Working with The Firm has allowed us to engage in a more organized and strategic effort to meet our goals. We know The Firm will always give us their full attention when addressing our agency’s needs. They have shown to really care and want to learn about the work we do, and they apply that information to the work and services they provide. The Firm staff are always friendly, professional, and hard working. They are 100 percent competent in what they do. We are grateful for them and their skill sets!