Just as you wouldn’t give your boo a Shake’N Bake coupon for Valentine’s Day (unless they really love that stuff) or bring a clown to a funeral (unless your loved one really loved clowns), there are certain things that are appropriate for certain situations.

It’s been a wild few weeks in terms of companies’ PR crises making the headlines. A crisis can be amplified to varying levels. For example, United Airlines and its pet death fiasco was national news across traditional and social platforms. And, on the flip side, there were undoubtedly some serious crises that never even made it to public light last week.

Why is this so?

Each crisis is unique and a crisis can come in so many different forms – natural disasters, health emergencies, rogue employees, workplace issues and so on. Vital to addressing and/or quelling a potential crisis is an effective and timely response. 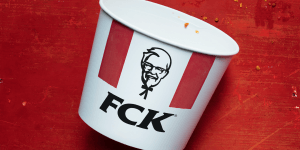 To develop or refine your business’ crisis plan, contact The Firm Public Relations & Marketing at 702-739-9933 or newbusiness@thefirmpr.com.

The Firm Public Relations & Marketing has been instrumental in positioning Treasure Island in Las Vegas and its amenities as a place-to-be on the Las Vegas Strip. Their clever approach and timely execution of ideas resonates with our guests and encourages repeat visits. We appreciate their enthusiasm and can-do performance.