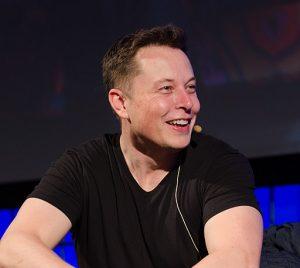 Twitter was a bit before William Shakespeare’s time. But, even he would agree that more individuals using social media should ask themselves this question before clicking send. Simply put, think before you tweet.

In the PR world, social media can be an advantageous tool to help grow a brand and engage with consumers. However, just like any other tool, in the wrong hands it can become a potential crisis waiting to happen.

When 2018 began, Musk was considered to be a bit of a social media darling. In January, he sent a series of intriguing tweets about flamethrowers and zombies that catapulted him to a new level of stardom. In February, SpaceX fired a Tesla Roadster out of Earth’s orbit. Musk’s tweet about the event just about crashed the site. As the tweets continued to flow, the greater engagement on social media not only impacted Musk’s popularity but the brands associated with him, as well.

Unfortunately, just like with any millennial, getting too many likes and retweets can lead to a big head. Musk is evidence that being a grown man who is the CEO of a billion-dollar company may not make you immune to this. From April to July, he found himself in the news monthly because of his social media antics. Perhaps the cherry on top though came in August, when he pushed send on a misleading tweet that claimed he was taking Tesla private.

Musk’s erratic behavior led to his fall from social media grace. He even caused some PR experts to claim that, “Tesla needs an ‘adult’ to step in and tell Elon Musk to be careful.” So, at what point does a board or company step in and take the CEO’s phone and send him to timeout?

Tesla learned the hard way that just as social media can be beneficial, it can also be dangerous. After the tweet he sent in August didn’t sit well, company stocks have plummeted 10 percent. And, Musk reached a settlement with the SEC that will require $40 million in fines due to his misleading comments.

If it wasn’t already clear that social media can have a dire impact on a company’s financial bottom line, then it sure is now. To think, all that money that could’ve been saved if Musk had simply utilized the draft feature on Twitter. Or better yet, have a second opinion from a PR professional.

To kick your social efforts, contact The Firm Public Relations & Marketing at 702-739-9933 or newbusiness@thefirmpr.com.

The Firm has helped strengthen the Engelstad Foundation’s voice and mission locally, in the state of Nevada and throughout the United States. The team is strategic and nimble in times of urgency as well as in what they deliver on a regular basis. They’re a valuable extension of our team and I’m grateful for all they do for us.”